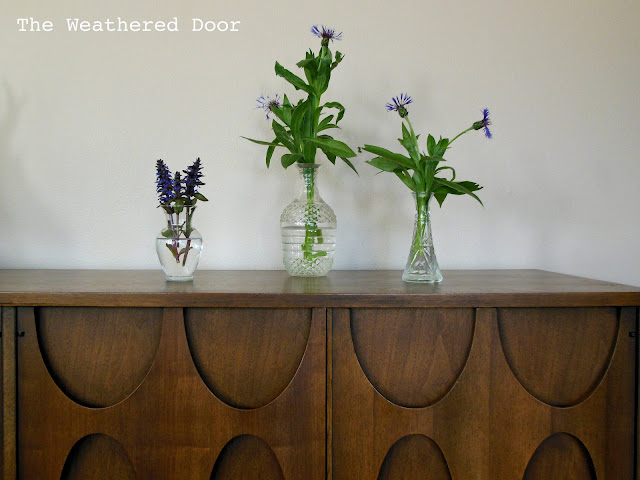 I finally got my hands on a Broyhill brasilia piece! I have admired this particular line of mid century, danish modern furniture for a while now, but they can be quite pricey. I purchased this piece from an auction I have been buying from recently. I went twice to the auction with my mom, but now I just bid online and pick up anything I get the next day.

I paid way more that I wanted to for the piece. Someone else was bidding against me, and I kept upping the bid, which mad me end up going over my set budget. Too bad! I was actually freaking out but I’ve calmed down over the whole thing now 🙂 This piece is solid, and made of walnut. It really was in great condition, just a few small scuffs and surface scratches. The other thing was the wood on this was dry. Just by touching it you could tell it needed to be conditioned. I used orange oil not only to helped with the dried out wood, but also to cover the scuffs. It worked amazingly well as usual, and the wood soaked in the oil so fast. I could instantly see a difference once the orange oil was applied. The wood looked more rich. It also smells great, which is a plus! 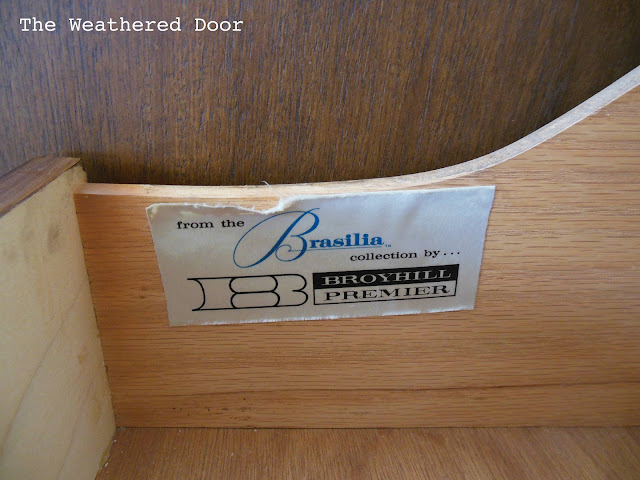 Of course I brought it home, got it inside for pictures… and now I want to keep it. It’s so pretty I just pet it. There really is no room at all unless I were to get rid of something else. The piece is really cool with the sculptural wood fronts. It reminds me of my mid century dresser since both pieces have the curved wood fronts that act as the pulls. Behind the left set of doors are 3 drawers, and on the right there are two shelves. I really see this piece as a console. Just love the front of it! This credenza also has the same lines as these mid century ikat chairs I just did. 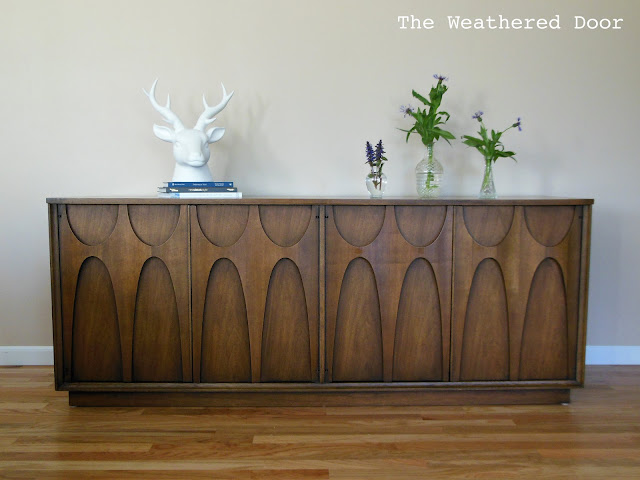 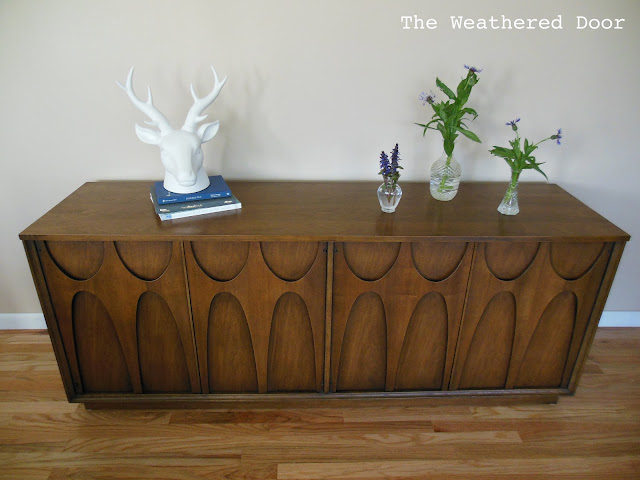 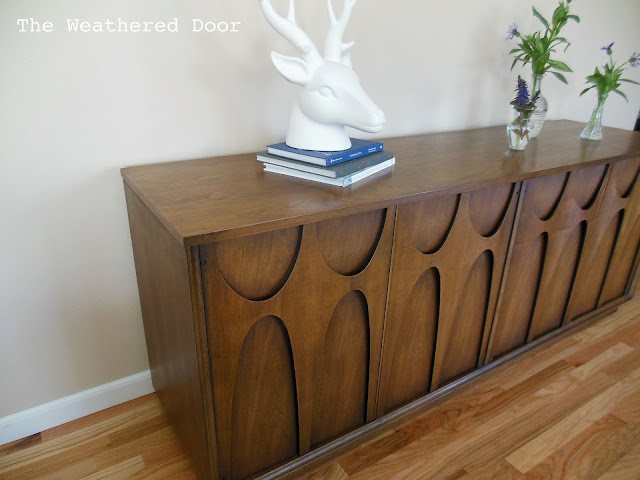 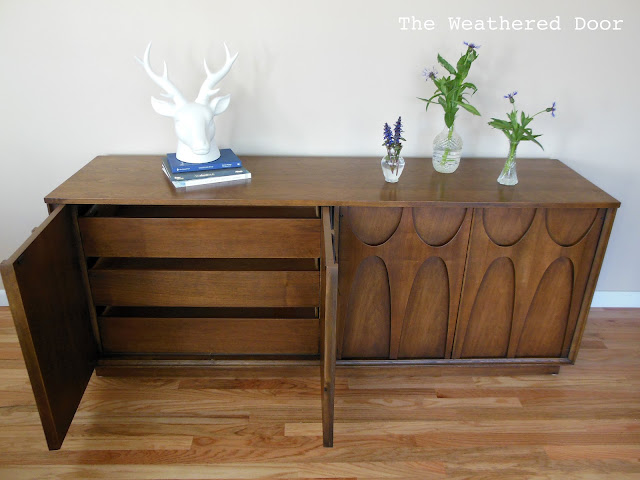 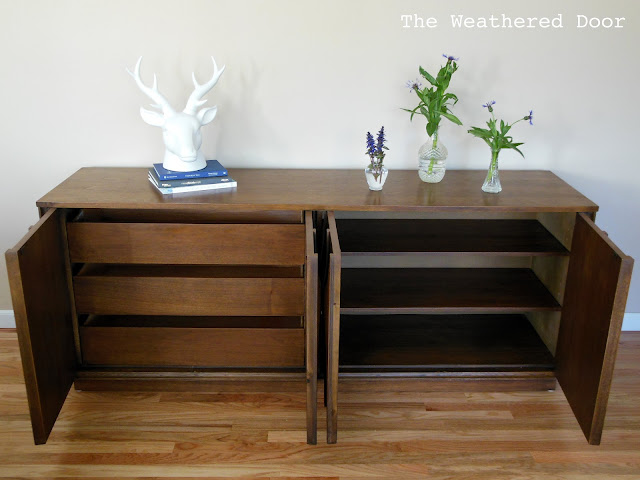 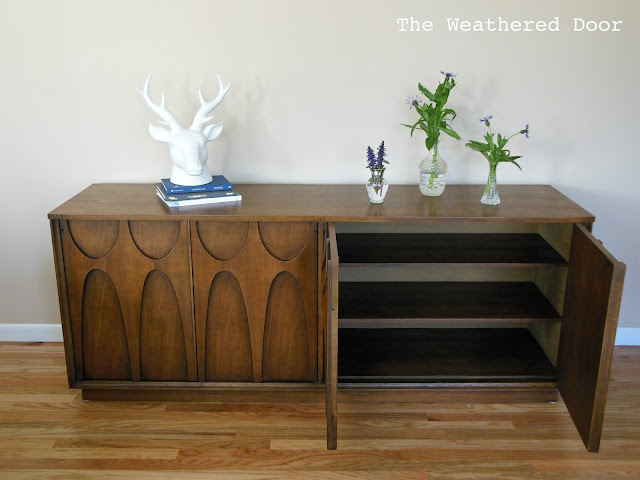 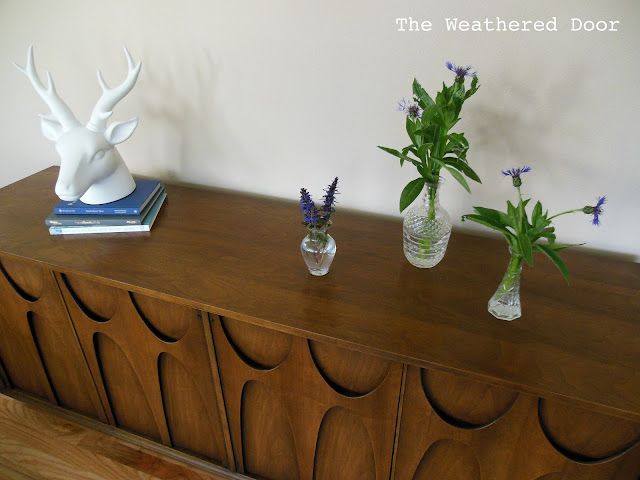 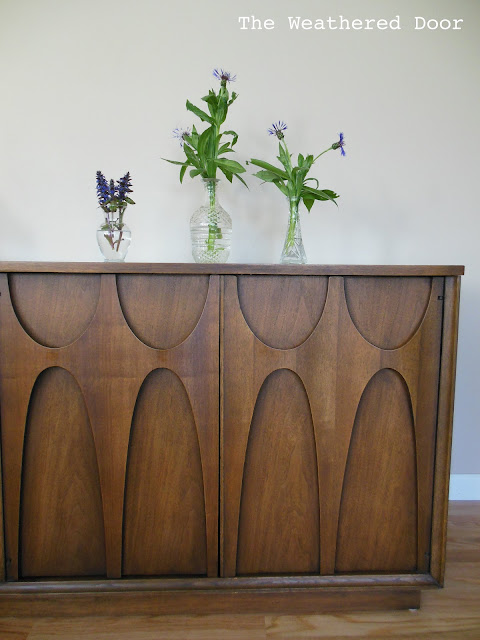