I don’t really know what to call this piece. I keep calling it a tiny buffet, but really it’s an old talking machine that has everything taken out of it, so it’s just a cabinet now. The 4 small doors all open on the front and the middle portion of the top opens, so it could be a great bar. I bought it from someone who had planned to open up an antique booth, but hadn’t, so they were clearing out the old pieces they had. The bad part was it had been oiled up like crazy. I think at one point it had been shellaced (you could see the drips on one side) so the oil that was put on it did not soak it, it was just sitting on the surface. 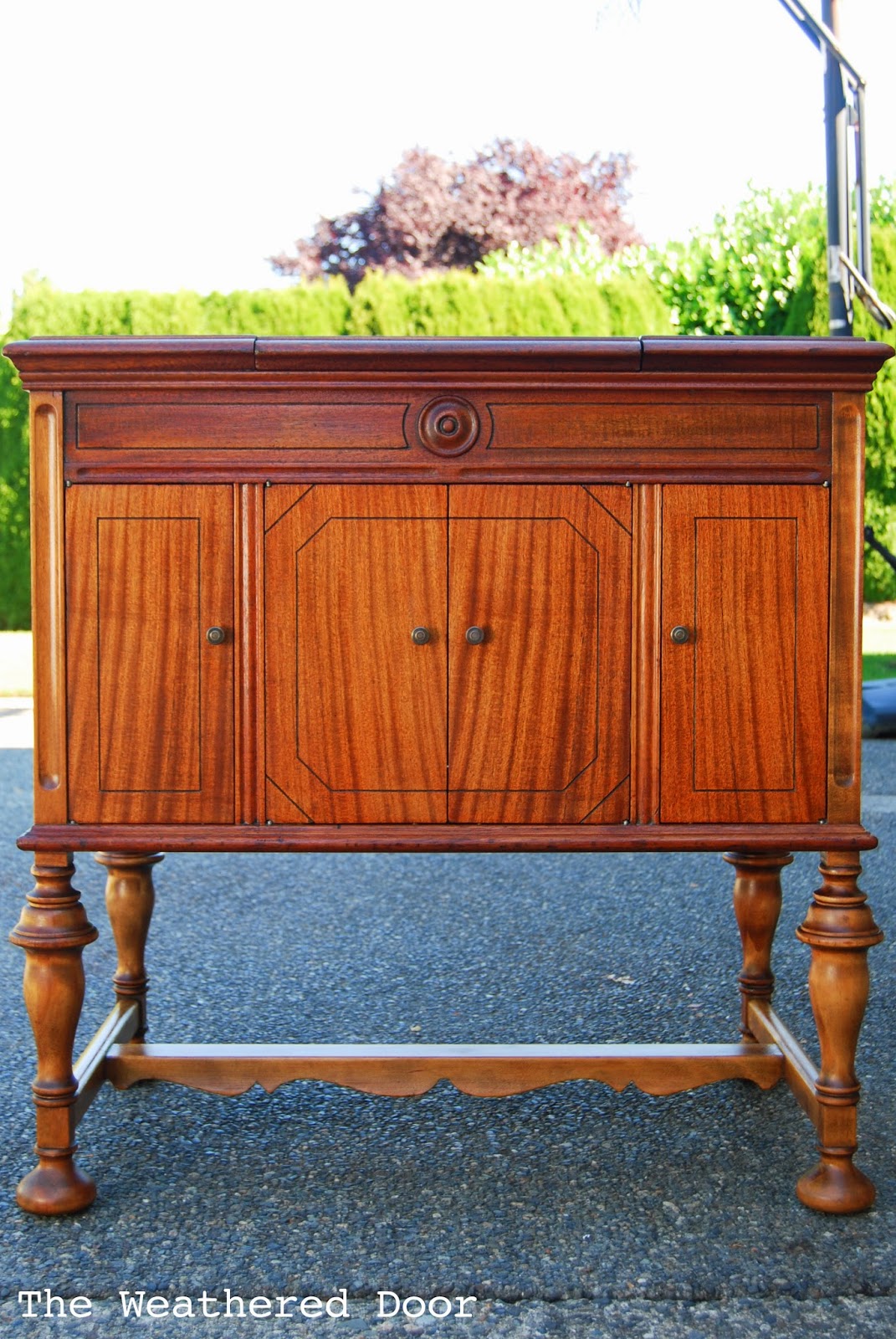 That proved to be challenging for me. Once I got it home I wiped off the excess oil, then began sanding to rough up the surface and prepare it for paint. I then wiped the whole piece down with TSP. After the first coat of paint there were some weird spots coming through, so I sprayed on a coat of Shellac (that stuff is a lifesaver, you should always have it on hand!). After the shellac I sanded the piece and painted on another coat of blue paint. For anyone wondering, I used Old Fashioned Milk Paint and I mixed Soldier Blue with a small amount of Federal Blue. I liked the variation and wood showing through the paint, so I stopped at 2 coats, sealed it with General Finishes HP topcoat in flat, sanded with 320 grit sandpaper and then applied 1 coat of clear wax. 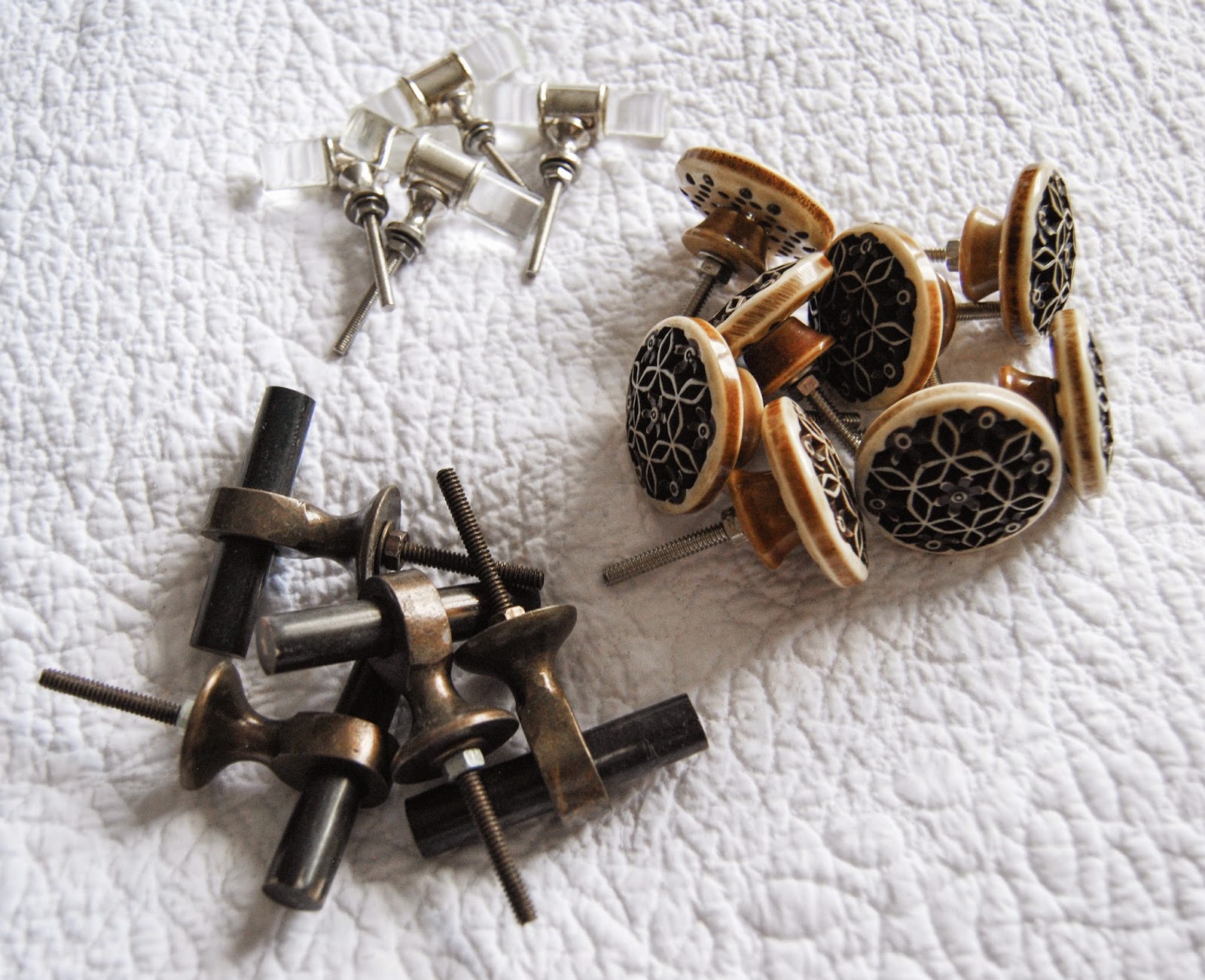 I ordered some fun clear glass and silver hardware online for the doors (in the photo above), but once they arrived and I tried them out, they just didn’t look right. The hardware was too modern for the antique style of the piece, so I used some knobs from Hobby Lobby that I’ve had for a long time.