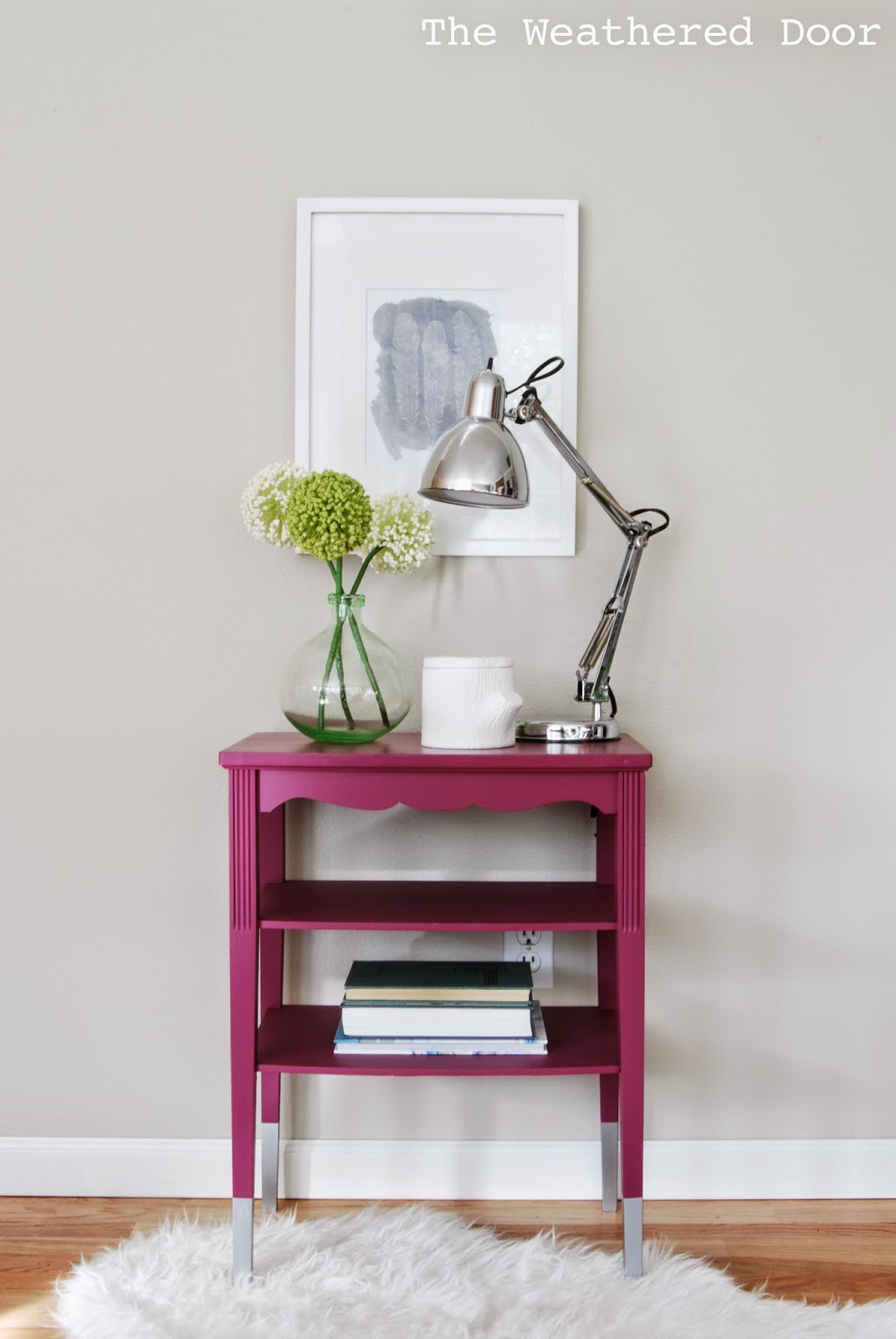 This project was one of my “I want to try something different” pieces. I attempt projects like this every so often, and honestly, they don’t usually turn out too well. For some reason I get bored with a a plain, one color painted piece and just want to try something else design or color-wise. Here’s a before with two other awesome mid century nightstands I have yet to get around to making over. 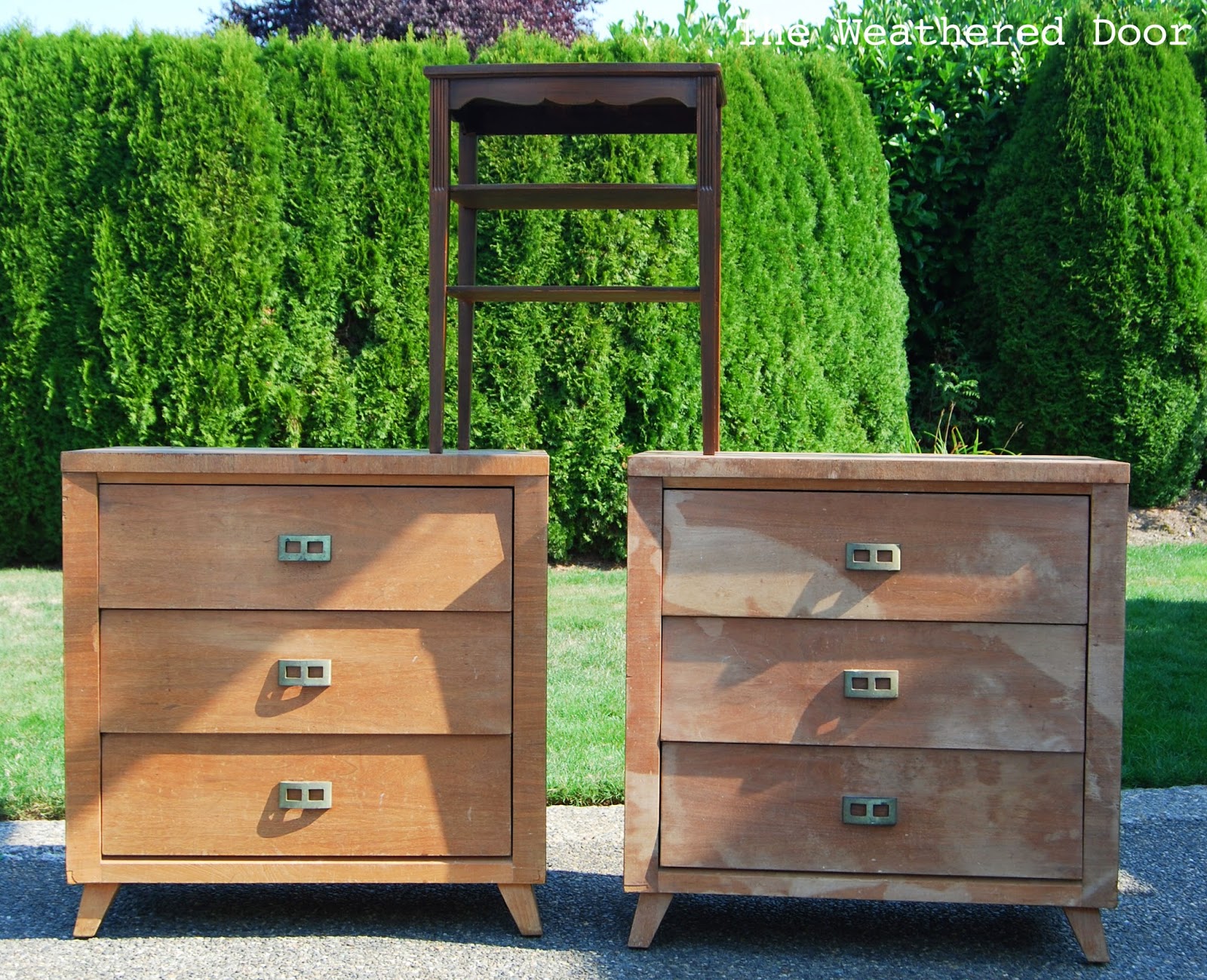 After church one Sunday I did my weekly stop at Goodwill to glance over the furniture and a few other sections. This piece was sitting there and relatively inexpensive, so I was willing to buy it in order to try something different on it. I didn’t realize it until I got it home, but it had been painted orange and then stained over with a gel type stain. The paint job was not done well and while the table is sturdy, it has some dings and scratches.
I sanded the top with my electric sander, then lightly scuff sanded the rest of the piece. I was a bit worried about what the stain would do so I did give it a coat with some spray Shellac to prevent bleed through. Once the Shellac coat dried I lightly sanded again and wiped the piece down with TSP substitute to prepare it for paint.

For the color I used General Finishes Evening Plum. I’ve had this color for a while and just haven’t used it yet, but it’s a really pretty magenta color. I used 3 coats on the while piece. Once those 3 coats had dried for a while I measure and taped off the bottom portion of the legs and mixed up a silver color using some Martha Stewart metallic paints I had. Putting the metallic paint over the magenta color would mean lots of coats in order to get the right coverage, so I first used a coat of a medium grey color that was a similar tone to the metallic silver paint I mixed. After the one coat of grey, I used 3 thin coat of silver paint and applied it with a foam brush. I applied one good coat of General Finishes HP topcoat in Flat to only the top of the piece (the part that will likely get the most wear) and then applied clear wax everywhere else. 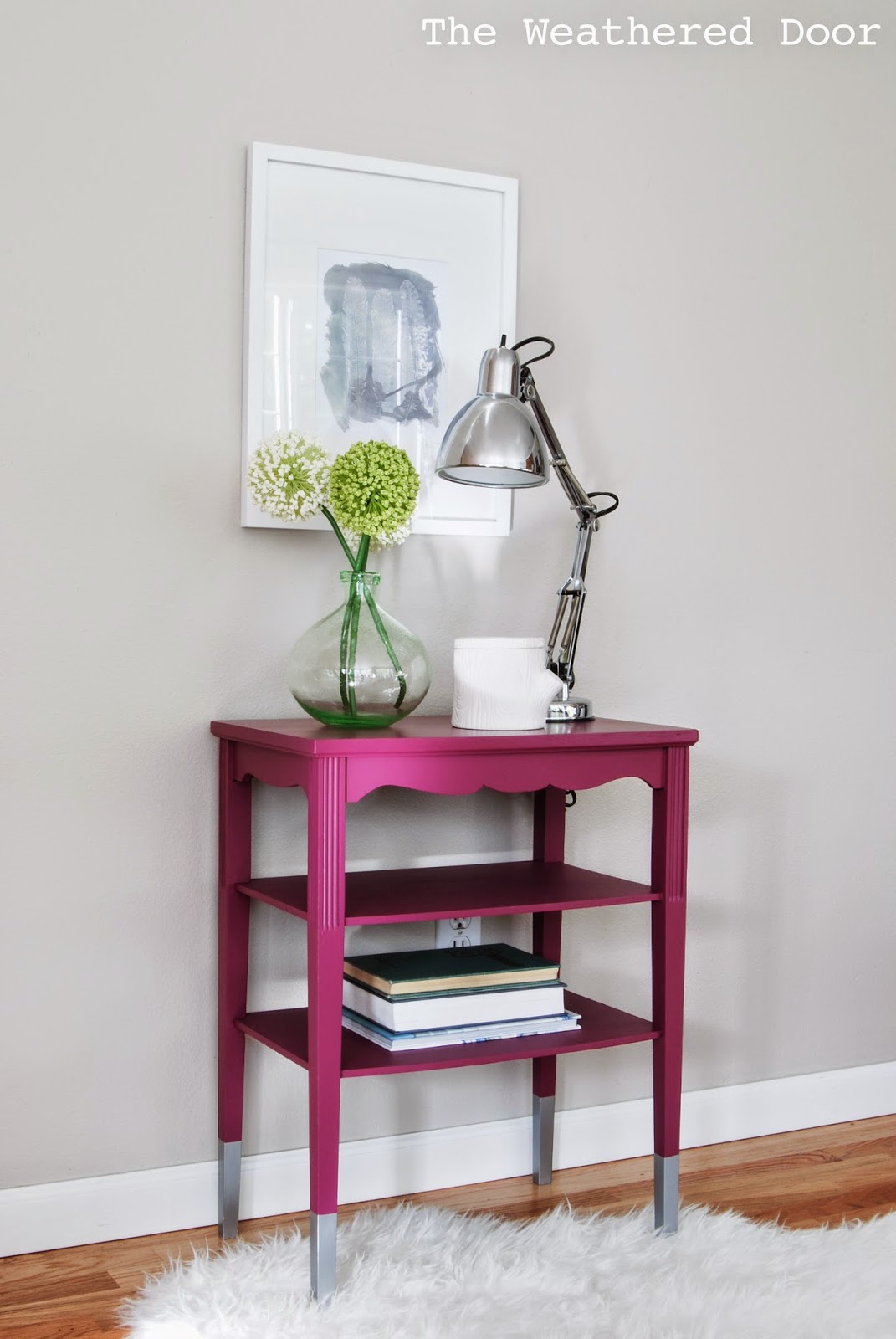 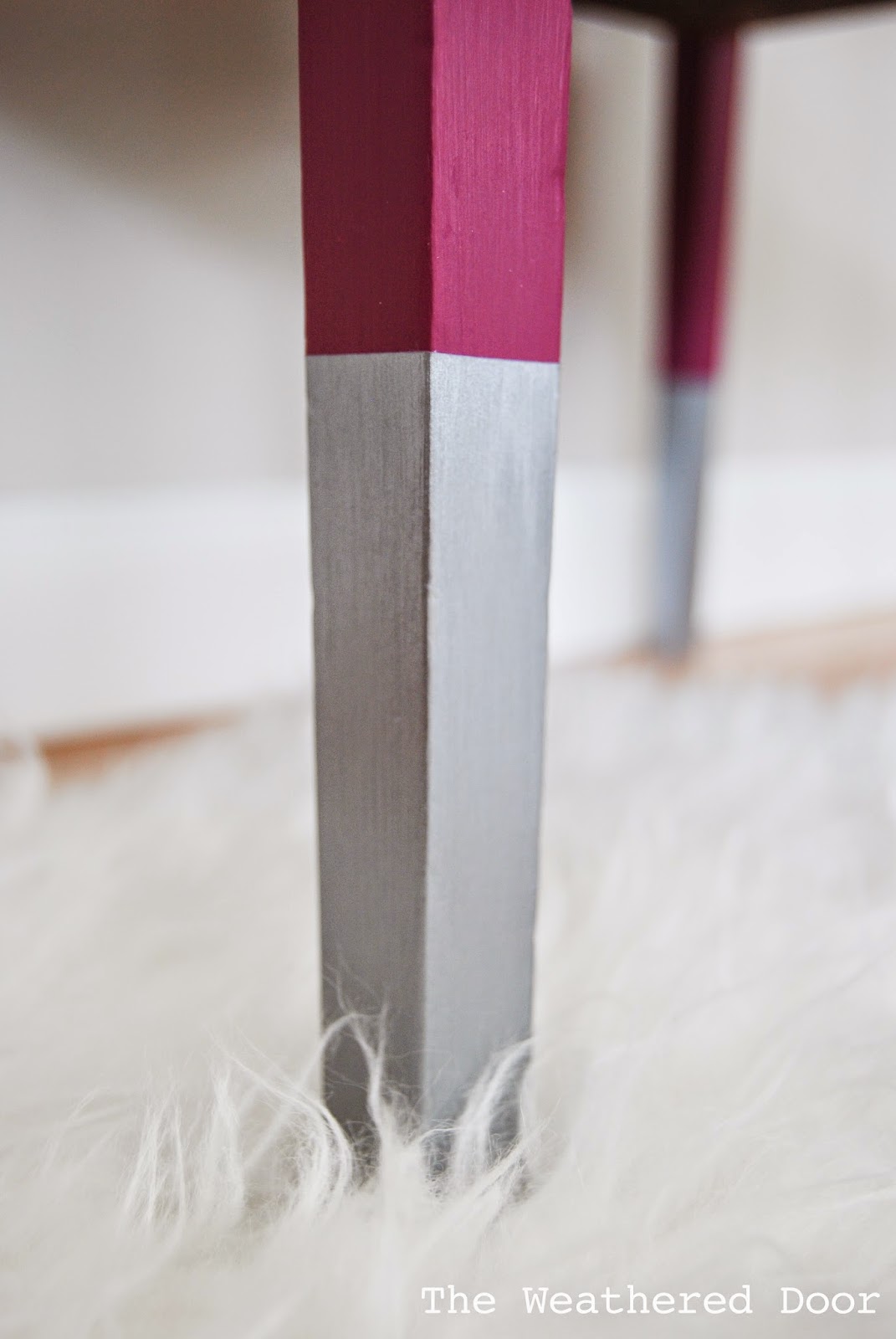